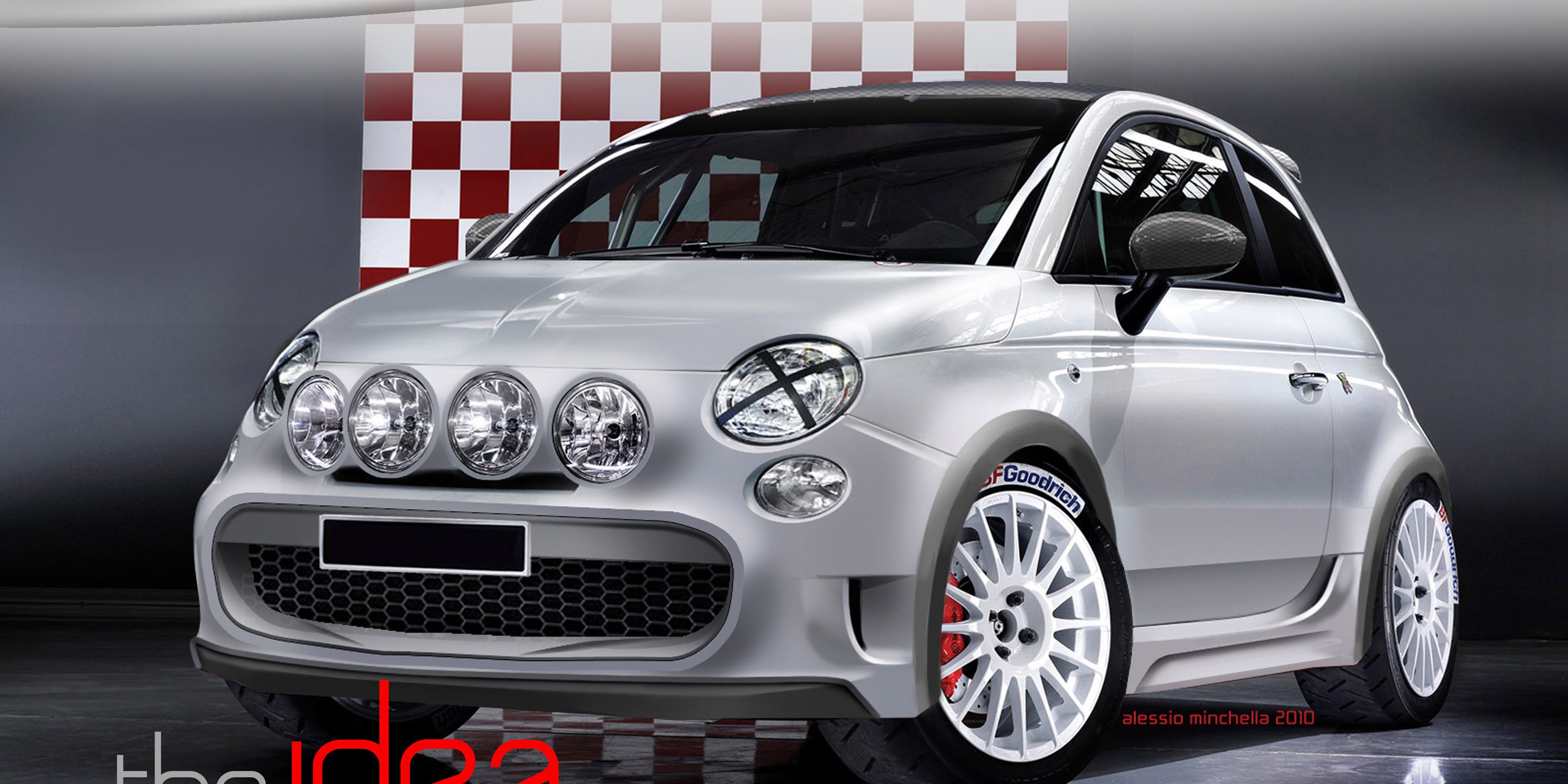 The project CAMAL 500 MC (Marcia Corta) was born in 2011 from an idea of ​​the owner of CAMAL studio, Alessandro Camorali, and the talented designer Alessio Minchella.

They met during the period spent in Pininfarina S.p.a. and they have joined forces to realize this body kit designed for the Fiat Abarth 500 and 500.

The cosmetic changes involving the front and the rear bumper, where there are the large air intakes, side skirts and aileron.

The peculiarity of style that is found in this proposal regards the front bumper. The four auxiliary headlights integrated in the volume of the body give importance and recognition to the entire vehicle, making the kit aesthetic and functional at the same time.

Alessandro Camorali through the resources of CAMAL studio has created all the 3D models of the project, bringing them up to the level of a possible production.

Alessio Minchella oversaw the design of the project, from the first sketches to the final volumes.